Still cold winter temperatures outside, on this February 1st in Berlin – but sun shining in and warming, as well as the nice comfortable temple room of the Hindu Radha Govinda Temple, where our RfP Berlin group had invited to for the first brunch of this kind. It was planned and largely supported by many friends of this Hindu community in the north of Berlin, as well as by members of the associated ashram. Shortly before 11 am the first guests arrived, greeted by colorful textiles in a circle with Leo Lebendig’s “peace lights“, right in the central temple space – where we would share the potluck later.

Before, we started with a cordial welcome and a beautiful “arati“ (a little altar ceremony) with a sung mantra right in front of the temple’s open altar. The green cloth with the little mirror elements were reflecting the light in amazing angles …. thereby giving us a clue of the Hindu spiritual diversity… A short introduction helped us to grasp some of the essentials of this community and congregation and their international members who hosted us so warmly.

Sitting around the various prepared and brought-along vegetarian dishes, some of us said some prayer words of grace, thanks and blessing, from their respective religion – and then the big sharing, trying and tasting could ’take off’!

Some knew each other from earlier common undertakings, others easily got into quite intense talks – and exchange of experiences, views, and ideas. Addresses were sketched on napkins, and future ’dates’ were spotted in the 2015 or 2016 calendars.

We were actually very international – and inter-generational: German, English, Turkish, Farsi, Afghan and some other languages, the youngest among us being 6 of age – and the oldest 82 years !

At 2 pm we were slowly coming to an end – still having some leftovers for unexpected guests !-) – and we finished with a common song.

“The next brunch not until next year??“ : unbelieving reaction of many participants upon the announcements before leaving … thus asking us to organize a next one rather in the course of the upcoming summer. The place will be published/communicated as soon as everything is arranged.

This time organized by Anna S. Augustin, Michael Strecker and Gopal-tapani Upanishad das – the InterFaith brunch is a project of RfP Berlin and supposed to take place on a more or less regular basis. Light-painter Leo Lebendig co-operated and explained some aspects of his bigger project „Peace Light of the Religions“ as well as some gifts from his Ruhr area paradise garden he had brought along. He was moved and enchanted: „“The light energy of the religions could be felt, tasted, heard in manifold ways in this sacred place among all those sharing, from heart to heart. Peace was present.“

The InterFaith Brunch is planned at least once a year from now on, 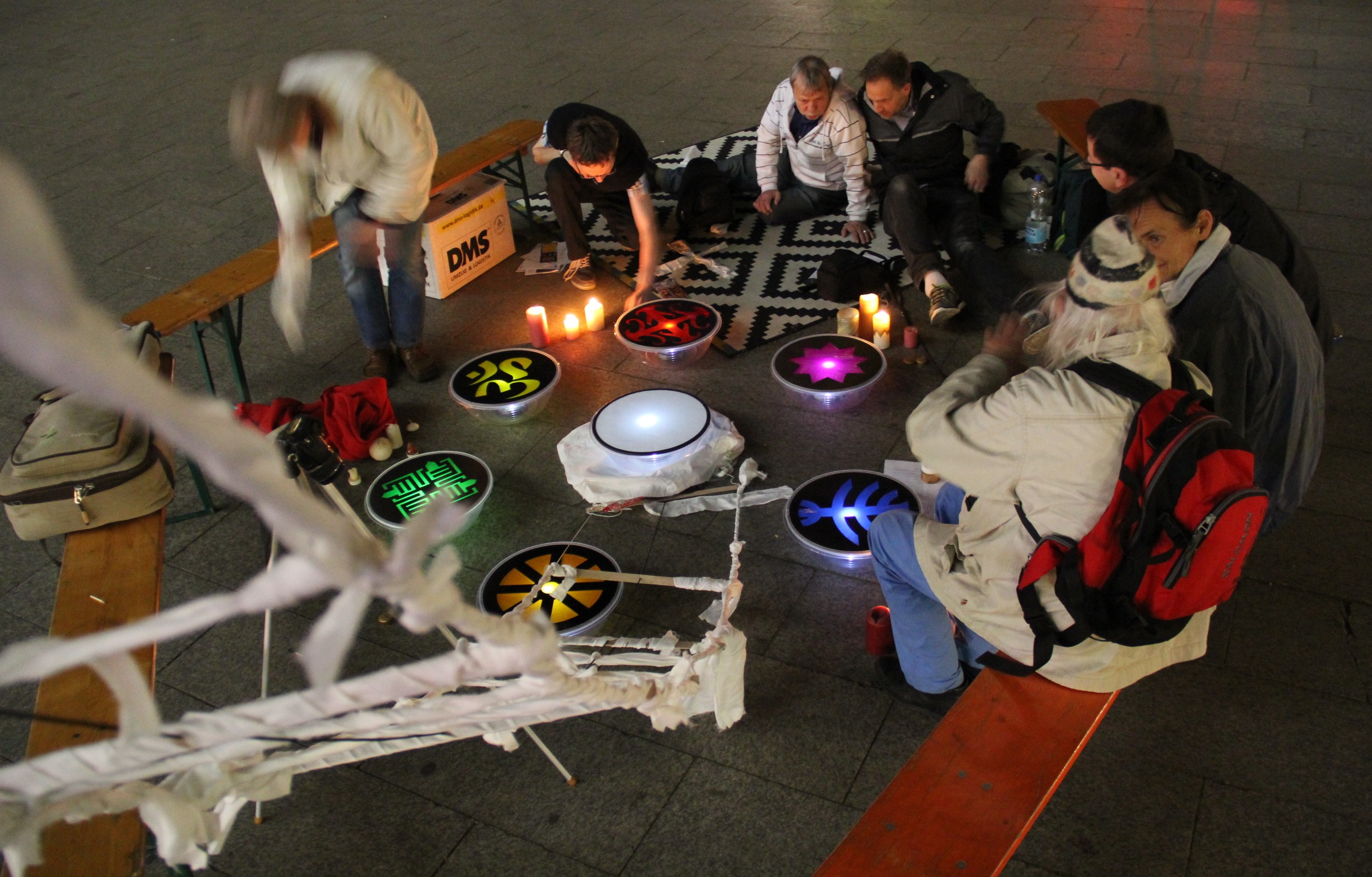